Using its built-in GoPro camera, you can capture stunning photos and videos. It has the ability to carry more than one action cameras with ease. It uses the state of the art motors technology that reduces friction between motor parts and increasing the durability of the motor. The drone’s flight time is about 18 minutes; the battery is also easily removable thanks to the design. This action camera drone makes different sounds when the signals are strong or weak. 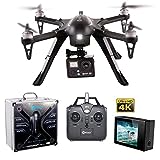 MJX Bugs 3, action camera drones with brushless motors, however, should be affordable to most of you and comes with a lot of things to offer. For just over $100, this quadcopter with brushless motors has a hand full of features, providing an experience worthy of more premium models. What makes it so cheap is the lack of a camera, but an integrated GoPro camera mount solves that problem for anyone wanting to record their flights or take captivating shots from the sky. It comes with 3D flips, LED lighting, Low Battery alarm, one button takeoff and landing an much more. The range of this gadget is 300 meters with a flight time of 15 minutes. 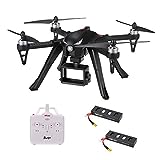 The GoPro is not included in the package of these action camera drones. You have to buy it separately. These action camera drones run on two 1 GHz computers, one on the copter and one on the controller. Its powerful and one-of-a-kind computer-assisted Smart Shot modes allow Solo to fly itself so you can focus on shooting; the perfect photo or video is always just a few taps away. Solo is also the first all-in-one drone to offer live streaming of HD video from your GoPro directly to your mobile device, as well as built-in HDMI for live broadcast in HD. 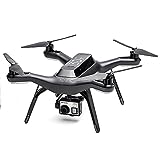 It is a fully autonomous drone with sports specific flight modes. It follows you without a bulky remote so your attention is not being diverted. The software updates are recently added and continuously added for a better experience. It has the latest Ground Collision Avoidance with LiDAR. These action camera drones are portable and easily foldable; you can pack it in wherever you want.

Karma has the ability to capture amazing GoPro footage in the air. It can easily fold and unfolded in its lightweight case. When you are ready to fly, just unfold it and go up in the air. It captures shake-free videos both in the air and on the ground. The Karma is also capable of delivering ultra-steady body-mounted footage. 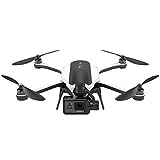